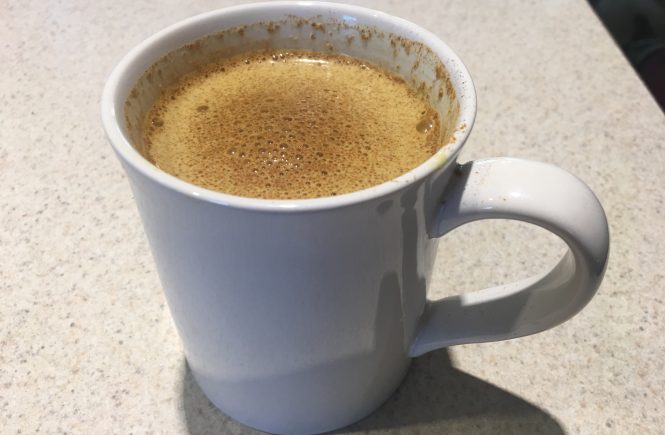 Last May as part of our Honeymoon Roadtrip Matt and I attended the Mother Earth News Fair in Asheville, North Carolina.  Since it was May, and North Carolina is in the south, it never occurred to us that it might be cold at the fair where many vendors and talks are outside.  We arrived at the fair painfully underdressed.  Not only was it cold, but it was raining and brutally windy.  I had planned to attend a full day of seminars and by the afternoon I was frozen solid.  Before sitting down for another outdoor talk, I decided to go in search of a hot beverage.  I believe I was looking for tea when I walked up to a vendor and started reviewing their menu which contained only specialty beverages which I had never heard of.  I like to try new foods and I wasn’t about to walk away without a hot beverage, so I ordered up the Golden Milk which, I must admit had a strange combination of ingredients: turmeric, ginger, cinnamon, black pepper, cayenne pepper, salt and maple syrup in hot milk.

It turns out, golden milk was just what I needed.  By the time I finished the cup I was beginning to regain feeling in my toes.  It was magic milk! The flavors were bold but I really enjoyed the combination.  When I returned home to summer, even though I didn’t need anything to warm me up, I decided I needed more golden milk in my life.  I really did enjoy the creamy, spicy drink, plus I know turmeric has a host of health benefits including being anti-inflammatory, and studies suggest anti-cancer.

I reviewed some recipes online and many of them suggest making this on the stove in a saucepan.  Perhaps that’s the “right” method but I was looking for a way to make up one serving, quickly so that it could be something that I enjoy every day.  This is how I make my golden milk. 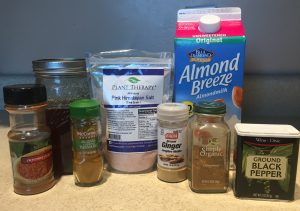 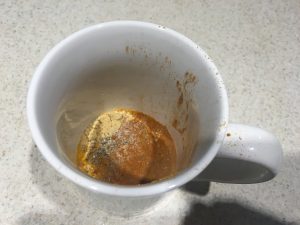 Pour in about 8 ounces of unsweetened almond milk and 1-2 Tbs. of honey.

Microwave for 90 seconds, stir it up and drink! 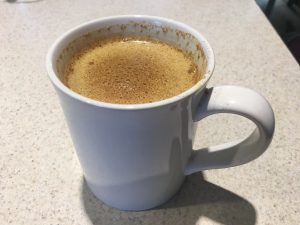 Now, anyone who knows me knows that I don’t tend to measure things, so the amounts of each of these ingredients is approximate.  Feel free to adjust the quantities as you see fit.  One thing to note is that black pepper helps with the absorption of the curcumin in turmeric so in order to get the full benefits of the turmeric you won’t want to completely omit the black pepper.  You also may have noticed that I used Himalayan Pink Salt in my drink.  I tend to believe that the pink salt has a higher mineral content than other types of salt so I try to use it in place of sea salt or table salt as much as possible.

Here’s the best part.  You can make modifications to this! Use whatever kind of milk you want.  I have made this with raw goat’s milk, raw whole cow’s milk, and almond milk.  I imagine it would taste just fine if you made it with soy milk, coconut milk, or cashew milk.  I have also sweetened this with maple syrup and honey.  I must admit that I prefer the taste of this with maple syrup, but I have gallons of honey in my cabinet from my bees so I tend to opt for honey as the sweetener.  If you have fresh ginger, or fresh turmeric on hand, grating these to use in this recipe instead of the dried, ground versions would likely result in a superior flavor as well.  And if you want to make this for a group or you just like washing dishes, of course, feel free to make this in a saucepan on the stove.

Are there any other golden milk fans out there?  What’s your favorite way to drink golden milk? 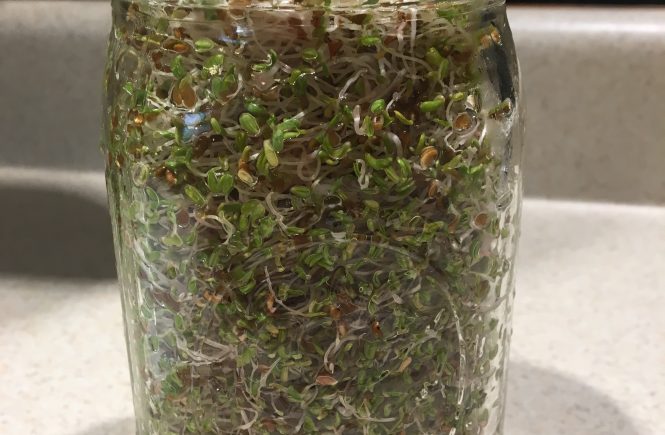 Grow Alfalfa Sprouts on the Kitchen Counter for 8 cents/ounce! 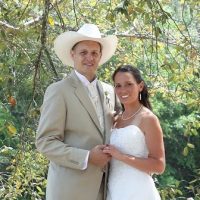 Instagram has returned invalid data.
Disclaimer: We are not experts or professionals of any kind. Please use your own judgment when applying any information presented on this site. The information on this website has not been evaluated by the FDA and is not intended to diagnose, treat, prevent, or cure any disease.
© The Fancy Goat LLC